There is an old Buddhist saying, three things cannot be long hidden: the sun, the moon, and the truth.  This couldn’t be further from the truth in Wellington’s winter of 2017.  We had a doom and gloom season of heavy rain and strong winds.  Normally, I wouldn’t mind snuggling up by the fire with a good book for a few months, but my partner and I were training for an upcoming ultramarathon in the Blackall Ranges west of the sunshine coast.  We were in the elements twice per weekend for many hours at a time and it was depressing. Although the main motivation for our trip was the Blackall 100 ultramarathon, we were looking more forward to some sunshine along the Queensland Coastline.

We started our journey in Brisbane, Australia’s 3rd most populous city.  Unlike so many other coastal cities along the Australia’s easter shore board, Brisbane sits on a river that is the hub of all city activities.  We were only in Brisbane long enough to enjoy dinner, a an evening city view from our place, and an early morning stroll along the many riverfront footpaths. Brisbane by night is lovely!

The city was buzzing early with the sun up before 5AM.  The paths were packed with runners and cyclists, people filled the cafes in search for their morning caffeine buzz, and the central ‘beach’ was preparing for its daily visitors escaping the Queensland heat. Brisbane was most memorable for us, as it was here that we finally learned of the results of our first New Zealand election. 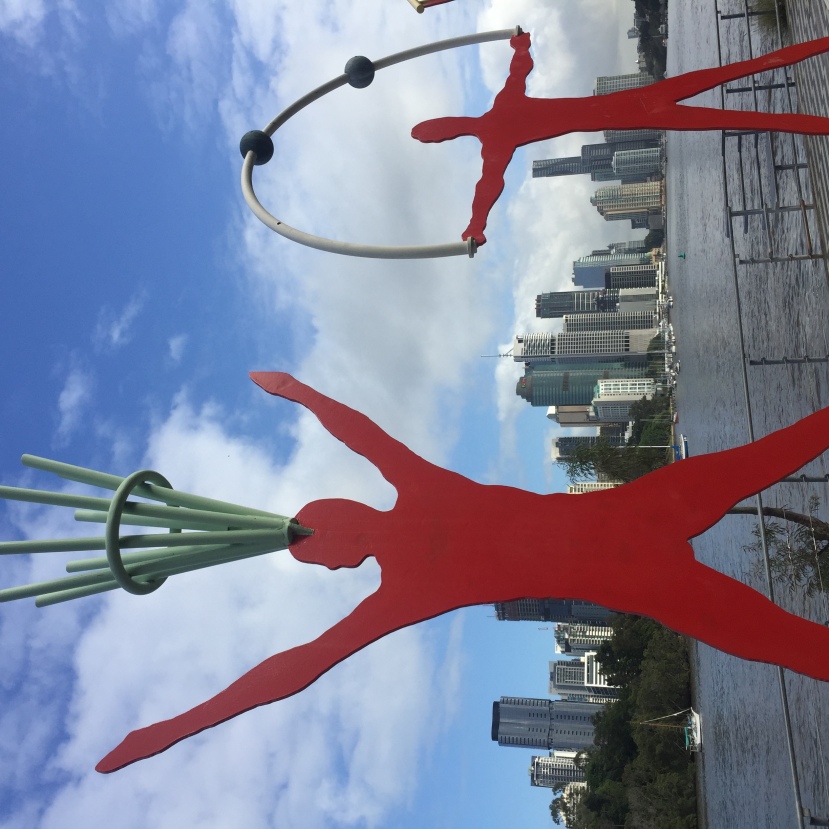 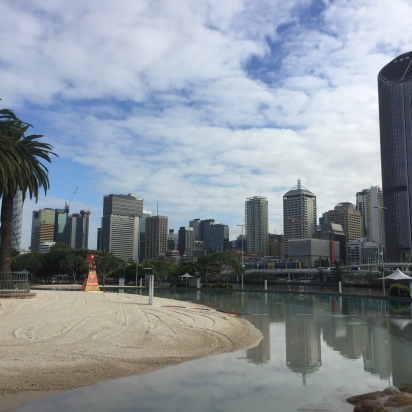 The next morning we were off to do a bit of a drive by exploration of the Sunshine Coast and Blackall Ranges on our way to Mapleton, a small little community in the hinterland.  That sun we were looking for was in full force and we were beaming with happiness.  A quick stop by the sea, before heading to the Glass Mountains in the interior.

The volcanic peaks of the Glasshouse Mountains rise abruptly from the surrounding rolling hills. While they were named for their resemblance to glass furnaces, they also felt like furnaces as well. It was unbearably hot for two people coming from a NZ winter. While Mt Tibrogargan and Mt Beerwah are the tallest and more famous, I prefer the conical look of Mt Ngungun in the picture below.

Arriving in Mapleton, a small town in the Sunshine Coast Hinterland at the edge of the National Park, it was time to focus on all things race.  We found a great little Air BnB near the town center with an exceptional host, Maxi.  It was great to relax on the deck surrounded by lush bush and wait for the birds to arrive for their evening feed.

The following morning we were off for a long 100 kilometers through the Blackall ranges. Rain had returned to the region and our months of running through it thoroughly prepared us for the soaking.  15 mud-soaked hours later we were sipping beers and dreaming of the beaches we would return to the following day. 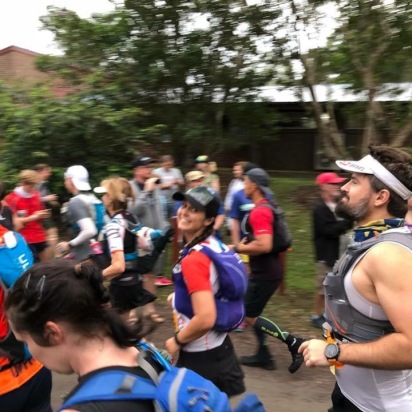 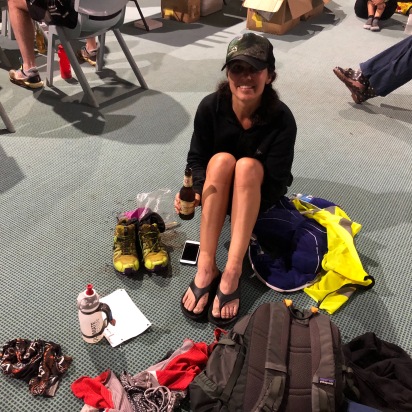 Our first beach stop was Noosa, a popular boutique tourist town known for its shops, cafes, rainforest, and surf.  The town is located within the Noosa Biosphere Reserve, a Unesco-recognised area famous for its highly diverse ecosystem. We were staying on the south end of of the National Park in a home on Sunshine Beach that had a matching surf vibe to the surrounding area.

Sunshine Beach sits right on the edge of Noosa National Park.  Its a great spot to watch surfers and epic sunrises. 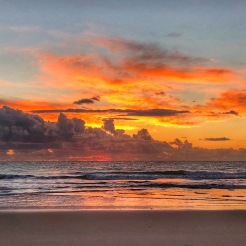 Its a beautiful walk from Sunshine Beach to Noosa.  Despite it’s length, we preferred this to a drive into town which is parking nightmare. The walk climbs cliffs along sparkling blue waters and descends to several small beaches before reaching the Noosa Streets. 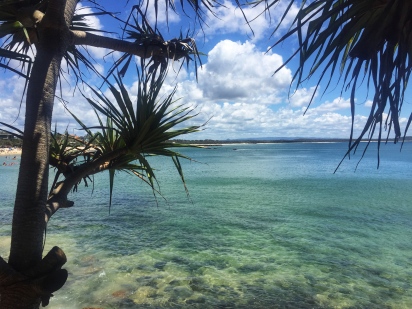 For us, Noosa was all about eating and beach beer sipping.  Betty’s Burger and Concrete Company for cheep eats and Bistro C for pricier seafood and an oceanfront view were are favorites.  Midday smoothies can be found at most cafes. 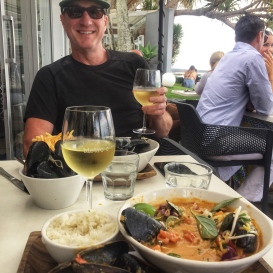 After a few days of rest in Noosa, we still weren’t ready to give up our sunshine.  We decided to extend our trip and check out somewhere new.  Not wanting to drive any further north from the Brisbane airport, we settled on North Stradbroke Island.  “Straddie” is a quiet little island where Brisbane locals flee to escape the city.

Life on Straddie seems slow and relaxing.  We found a tiny collection of cottages, Sea Shanties, on Amenity Point where we spent our nights in adirondack chairs watching dolphins and sunsets.  While the cottages require a 10 minute drive to many of the restaurants, beaches, and walks, there isn’t much night life on the island so the distance was no big deal.  The Sea Shanties had a great shared outdoor kitchen shared amongst the guests which was great for cooking local seafood dinners.  They also had a few notable guests hanging out in the surrounding trees. 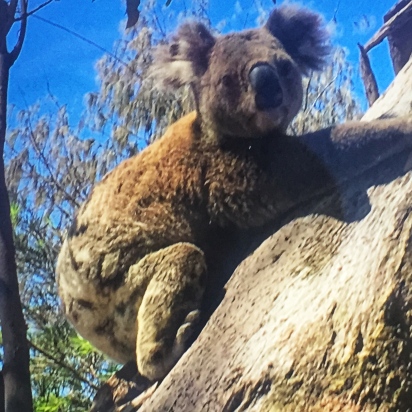 One of the main reasons we wanted to visit the island was the chance of seeing a Kangaroo in the wild.  The best place to spot one is along the Gorge Walk in the morning.

This a fairly easy 5km walk along the coast at Lookout Point also offers gorgeous views of Frenchman’s Bay and the endless beaches extending nearly the entire length of the east coast of the island. 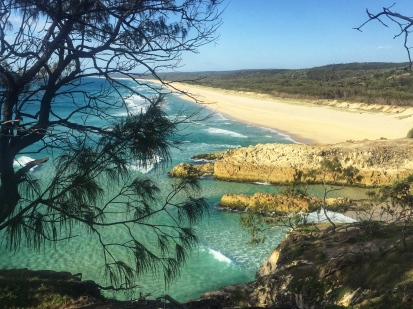 The calm cove near the Main Beach Headland is the perfect place for a swim.

Or walk amongst the kaleidoscope of color on Frenchman’s Bay 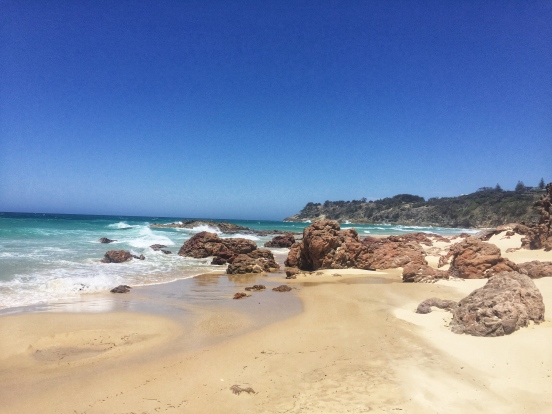 The best way to see the island is to arrive with a 4WD beach accessible vehicle. It is the only way to access most of the southern part of the island. We were still able to check out a small portion of the long dunes in our mini car.

We certainly found our sun along the Sunshine Coast! 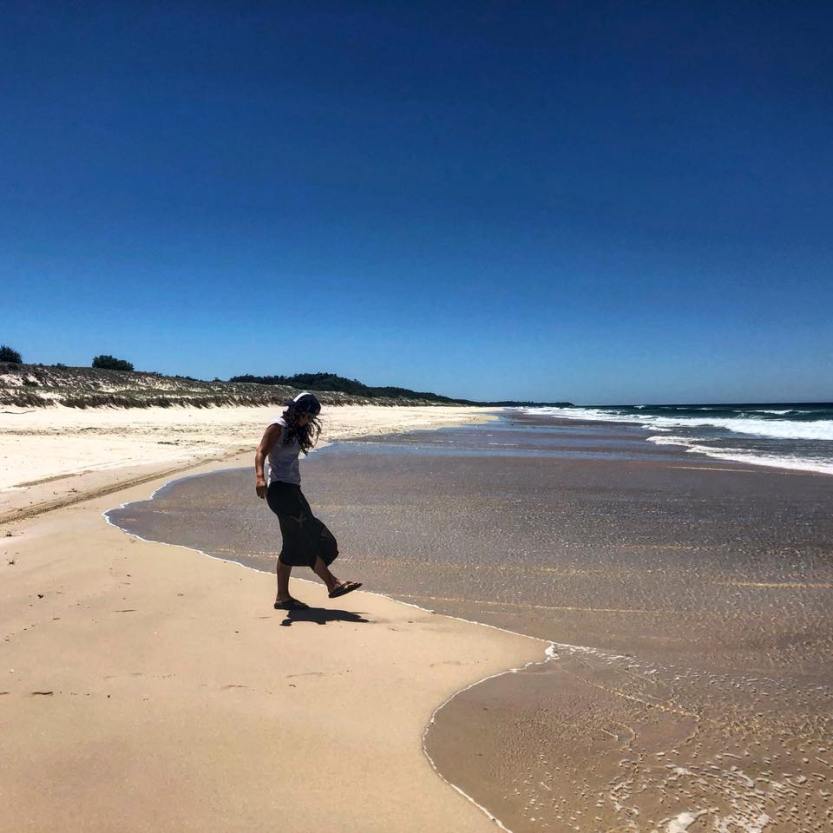