“The wild places are where we began, when they end so do we” – David Brower

There are so many stunning wild places in Aotearoa New Zealand, but none are as underrated and less frequented as the Otago Peninsula in Dunedin.  The city, a remnant of an extinct volcano in the far southeast of Te Wai Pounamu South Island, was once a bustling place during the gold rush in the late 1800’s.  Today, it is a college town that is not only bypassed by other NZ cities in terms of growth, but by tourists as well.  While the Royal Albatross Centre at the tip of the Otago Peninsula does draw a bit of a campervan crowd south before they head to the big ticket items near Queenstown, the rest of the beaches are nearly people free.

Although Otago is home to nearly 10,000 people, the peninsula always feels so remote and wild.  The kelp fields are dense and artfully arranged by the waves, the seabirds sore effortlessly above the rocks, and there always seems to be this salty spray along the sea edge that carries the light in such a mysterious way.

As you walk these white sand dune beaches flanked by rocky outcrops, you are far more likely to be greeted by a fur seal waking from a nap or sea lion riding a wave in for the evening than a human. If you time it right, you may even spot masses of little blue penguins marching up to the dunes for their evening slumber. 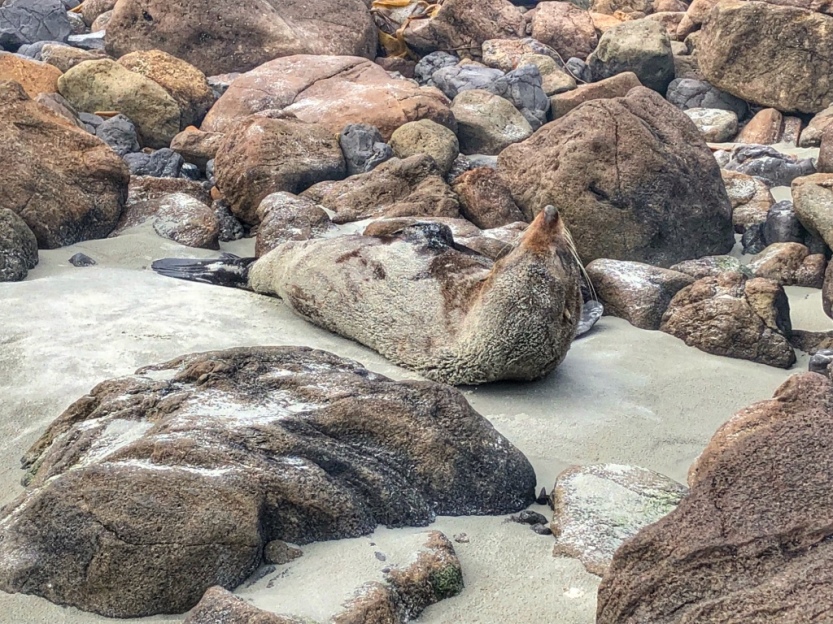 I have covered Otago in a previous post Campervanning Te Wai Pounamu South Island, were we spent considerable time at more popular beaches such as Tunnel Beach south of the city and Sandfly Bay/Lovers Leap on the peninsula. We still made stops at both of these beaches, but our stays were brief. 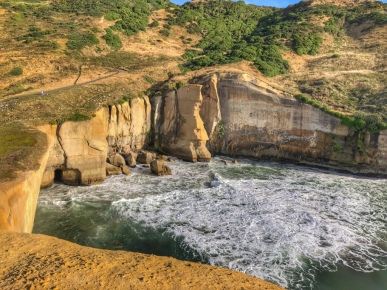 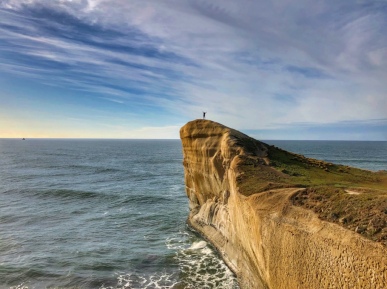 This trip brought us back to the less traveled Allan’s Beach, the privately owned Pipikaretu Beach, and the beaches of Aramoana across the inlet.

I am obsessed with Allan’s Beach. It is considered a local favorite and I fully understand why as it is the best place to see sea lions running along the beach and playing in the surf.

The kelp here is prolific and it is always draped over the rocks in ways that make me think there must be a mermaid on the other side.

While Allan’s Beach is lovely at all times a day, dusk seems to be the most active time for wildlife spotting and the light that illuminates the surrounding hillsides is always stunning.

A trip here had never been our radar until we purchased the New Zealand Frenzy books complete with many ‘off the tourist track’ suggestions. The author of the book raves about Aramoana in a way that makes Otago sound ‘meh’.  I have to say, he certainly didn’t over exaggerate as Aramoana is basically a larger scale version of Allan’s Beach. Taller rock towers, longer swaths of white sand beaches, a larger network of dune trails, and maybe even more wildlife opportunities.

The main beach community is surrounded by a wetlands, a sand spit, and a breakwater that holds all of the white sand beaches in tact.

While the area is beautiful it is best known for a massacre in 1990, when one of the settlement’s residents killed 13 of his neighbors. You will find a memorial to them at the breakwater.

You will be joined on these beaches by an active surfing community, both human and marine mammal varieties. Sea lions and fur seals nap unprotected along the open beache with little curiosity of the surfers headed out to shore.

Keep an eye out where you are walking in Aramoana or you may just trip over one of these sand disguised cuties.

I really don’t like organized tours as I like to experience place in my own time and preferably with much less people if possible. However, after countless attempts to see a yellow-eyed penguin in the wild, I decided a tour at Penguin Palace may be my last hope on this trip. Penguin Palace, located on a privately owned station, is a rehabilitation center for injured penguins to recover after injury within the wild. In addition to the center, the owner of the station has constructed a series of tunnels and blinds to view the penguins as they return to Pipikaretu Beach in the evening. 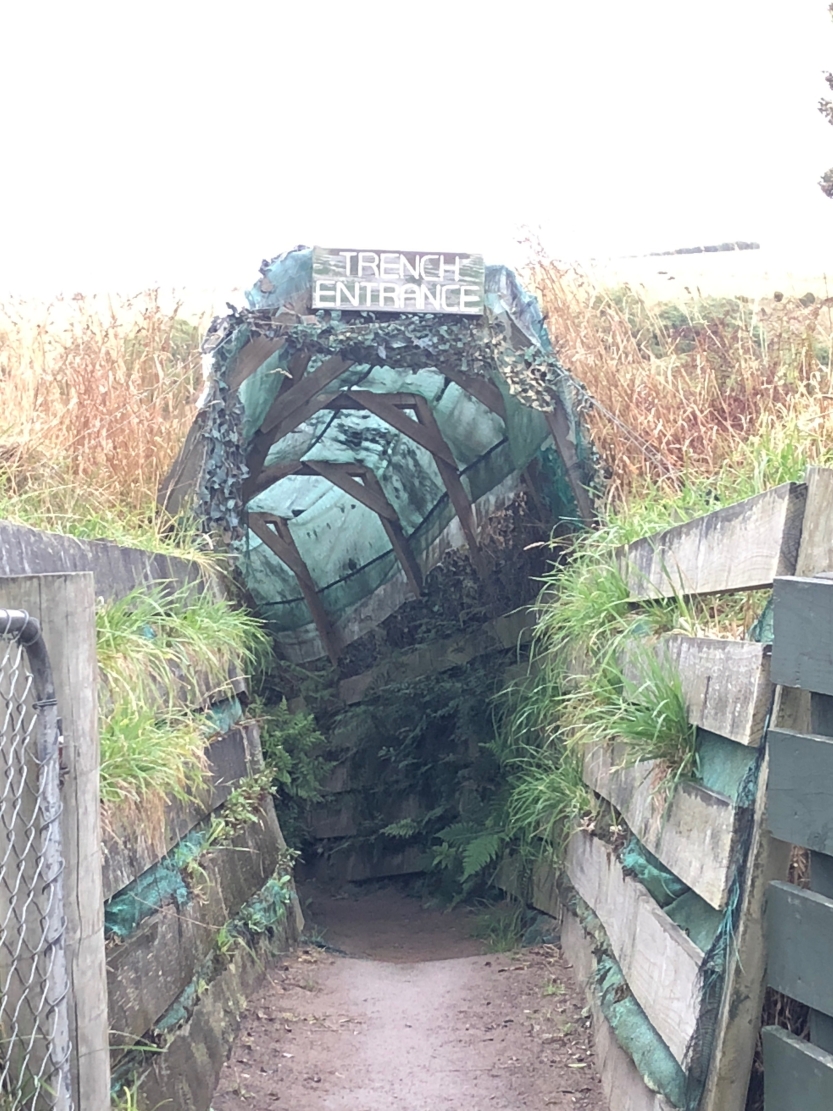 There are only 1800 yellow-eyed penguins remaining in the world and they are shy creatures that enjoy their solitude so spotting one isn’t easy.  If you make a trip to Penguin Palace it is important to understand that the likelihood of seeing one outside of the rehabilitation area is still slim. They receive their fair share of negative reviews because so many have unrealistic expectations of wild nature on demand. If you are unlucky you will surely see a bunch of lounging fur seals and blue penguins nesting in penguin boxes above the beach and you can get up close and personal to the yellow-eyed penguins recovering in the rehabilitation area. While it is certainly not as special as seeing them in the wild…they are so darn cute, I loved it nearly as much. 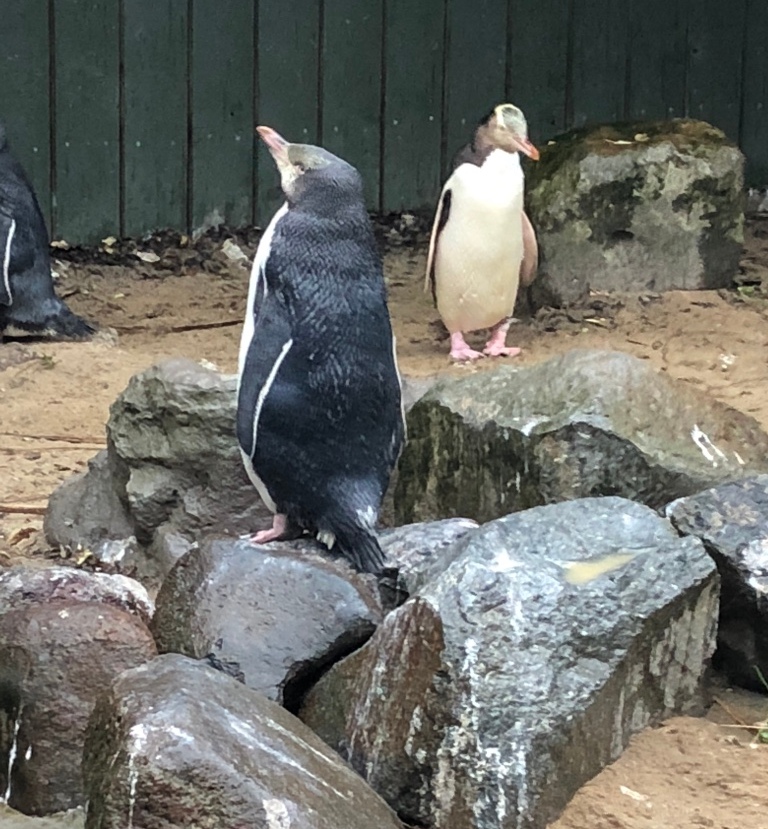 Fortunately for us, we were lucky that one little cutie was headed up the beach just as we arrived.  We rushed through a series of covered maizes, winding our way down in desperation to not miss the grand dune entrance.  We were so darn lucky…I cried happy tears.

If you are looking to get away from the coast for some mountain hiking or city time, these activities are worth checking out.

Run up the steepest street in the world.  While the average slope of this 350 meter long road is 20%, there are sections as steep as 35%! 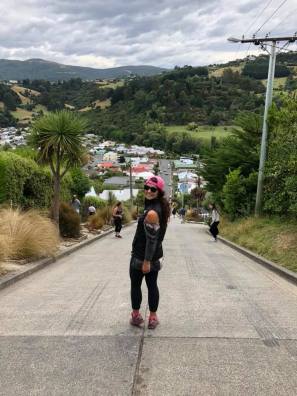 The top of this mountain isn’t all that interesting as it is home to the city’s communication tower. However, the organ pipes located about midway up the mountain are worth the off path scramble for those that dig geology.  These pipes were formed from cooling lava that fracked vertically in a hexagonal pattern.  I have never seen anything quite like it! 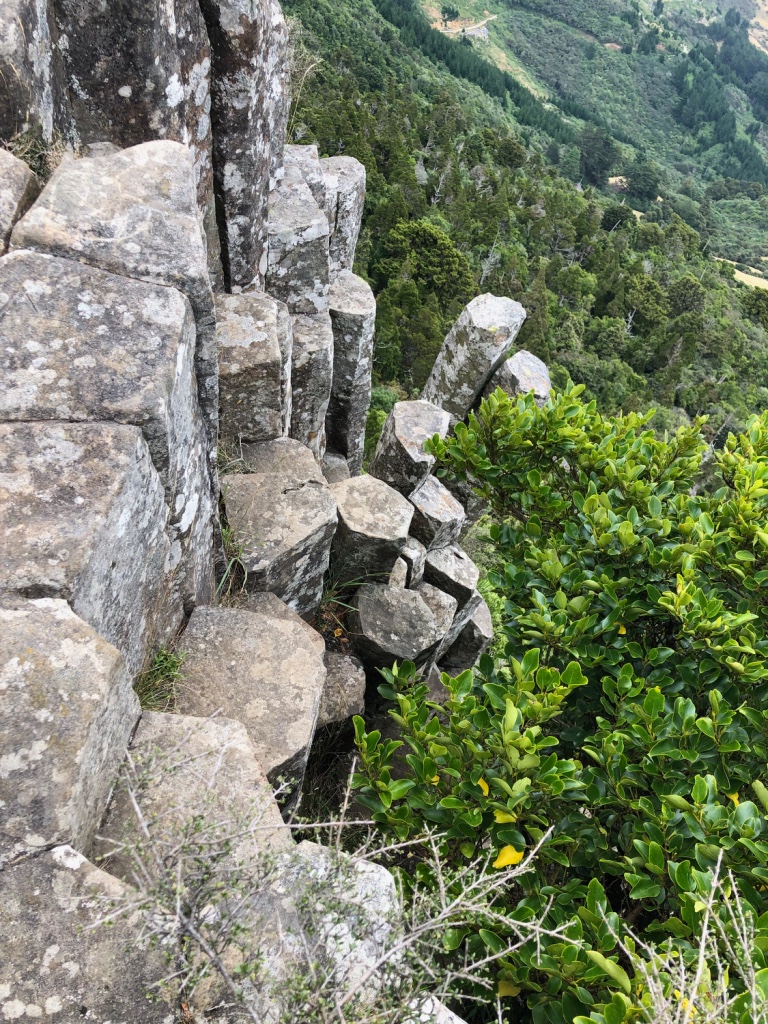 We still have yet to spend more than a few hours in the city, but from what we did see Dunedin is one of the few architecturally interesting cities in NZ. While the train station is its most notable destination, the street art scene is an underrated surprise. 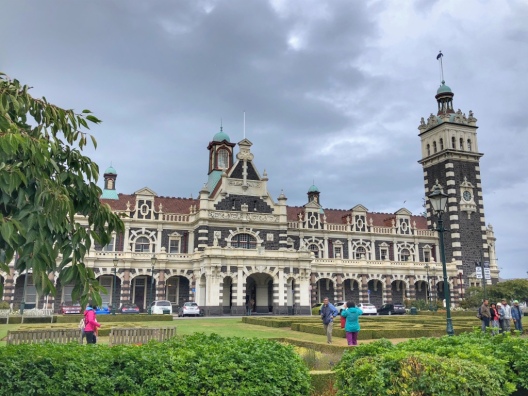 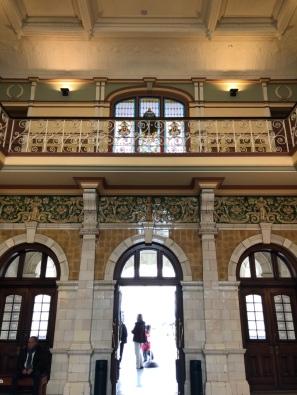 There is a map that helps guide you through the secret laneways you might pass over if you were casually strolling the streets. 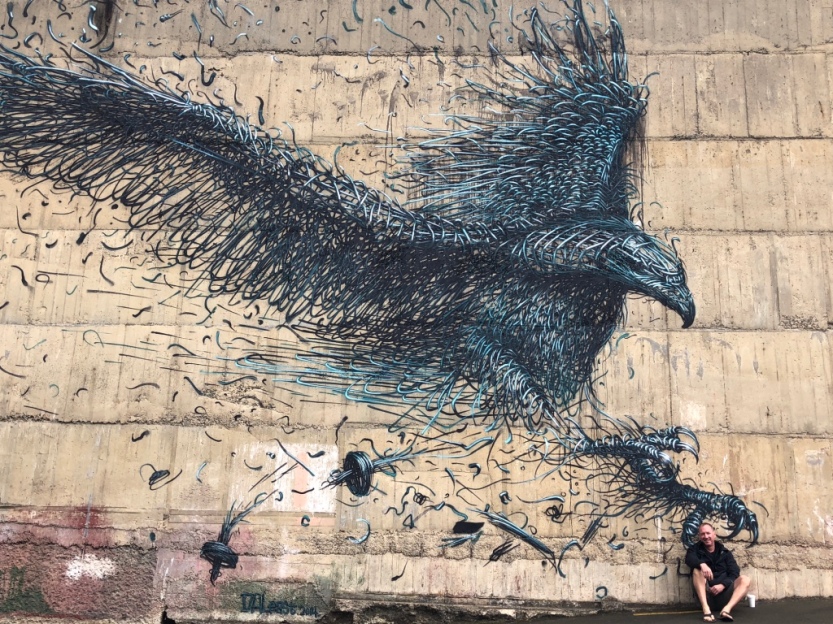 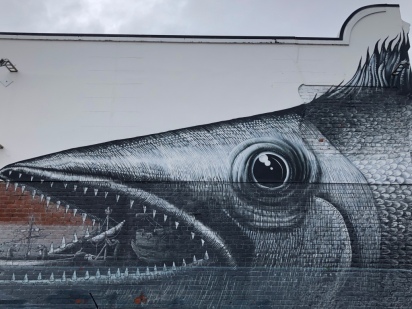 Dunedin might not have those huge dramatic views or warm protected beaches that NZ is famous for, but it is special in its own wild and scenic way.  Get off the tourist train and see this special place before climate change takes it away!